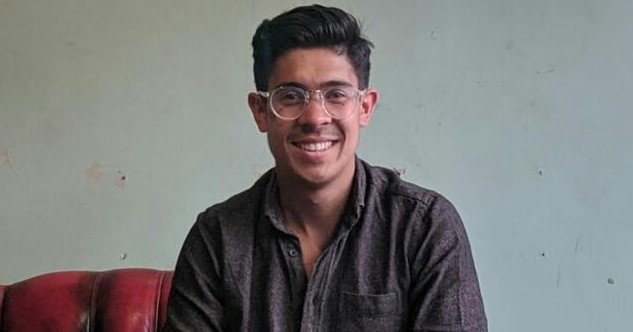 Could you tell us about yourself and your background?
I've always had quite a big interest in computing, so I opted to take some programming courses when I was still at school and got a degree in Computer Science at Bath University. I did a technology placement at an investment bank and they offered me a grad role. I worked there for a couple years and joined Aspect about 18 months ago.

In terms of other interests, I love cooking and spend a lot of time in the kitchen experimenting. I also write and produce music whenever I have time. The lockdown period has been particularly good for both!

Did you always want to work in the financial services industry?
I've always been interested in finance, but I never actively considered it until I was looking for industrial placement options. Some representatives from Nomura came in and talked to us. One of them was a student I knew from my first-year studies and he explained what a great place to work it had been for him. I ended up applying and I got accepted for the role.

When did you join Aspect and what is your role?
I joined in January 2019 originally as a Quant Developer. Since then I've moved across into the Data team as a Senior Data Engineer. My role is to support all the infrastructure that we use to store and distribute data to the business, including the technology and investment teams, so that it can be consumed in a way that makes it useful to the company.

How would you describe your standard day?
There's two ways a day can unfold. If I’m on the support rota my day will usually include dealing with ad hoc queries from Research and other parts of the business. Some people will need to know what data we have on hand, or how they should interpret it and the conventions surrounding it. A support week varies from tackling a technical problem to looking at a data quality problem.

Non-support weeks are steadier and focus on project work. We have lots of different initiatives such as making our existing infrastructure more efficient, monitoring what's happening in the building better, or holding vendors accountable to how good or bad their data is.

Is there a project that you're particularly proud of?
It's still in its infancy, but as a team we're starting to move our estate from MATLAB and Java into Python. It's exciting because it means that we, as a small team, can iterate on requests faster. I wrote an application a little while ago which helps data analysts write what we call ETL workflows (Exchange-Transform-Load), which is a blanket term for how we get outside data into the company. That's just slowly being rolled out at the moment and it's really exciting to see people who previously would have found it more difficult to write a piece of infrastructure using this application to do it on their own.

What's been the most unexpected thing about finance?
This is going to sound very cliché, but the people. Finance to a lot of people holds this reputation which I don’t think I need to go into. Both my previous company and Aspect completely shattered that perception. Everyone is not only lovely, but also completely on top of their game. The latter is completely unsurprising but having the combination means that everyone is very open, willing to teach, and invested in making other people better which has the knock-on effect of making Aspect a better place.

What would be your advice to those considering a role in the industry?
If you’re even a little bit interested – jump in! Finance is incredibly interesting because there is a huge number of things that you can do under that banner. If you look at all the different teams and processes that we have at Aspect – all of them are essential and also have their intricacies to get lost in. Once you’re in, I would also say it’s definitely worth experiencing a day in the life of as many of these teams as you can, especially at the beginning.

Are there any blogs or podcasts that you follow religiously that you think others might be interested in?
I read The Register which is a tech site on topics like systems administration and cybersecurity. The security news is particularly interesting because they cover a lot of zero-day vulnerability stories like Heartbleed. I've been reading Quartz more and more recently for financial news. They publish a good daily brief every morning which recaps all the big news stories that happened during the previous day. When I was commuting that was my go-to read.