In 2021 Aspect was delighted to provide support to Cancer Research UK. CRUK was selected by employees during our annual voting process in 2020 and is a charity that we have partnered with since 2013. As 2020 was so heavily impacted by lockdowns, we decided it was right to roll our support of CRUK in to 2021.

CRUK is the world's leading independent cancer charity dedicated to saving lives through research, influence and information. Aspect has in the past been delighted to have donated a Single Molecule Imaging Microscope which operates at the Francis Crick Institute in London as part of our partnership with CRUK.

Aspect Round the World Virtual Challenge

As staff once again found themselves at home for large periods of 2021, the Charity Committee felt it was right to adopt a challenge that helped staff fundraise whilst away from their desks. In March 2021 we launched our “Round the World Challenge”. The objective was simple: Aspect staff must collectively travel the distance around the world under their own steam. The distance targeted was 40,075km and the Charity Committee set a 6-month deadline for this to be completed.

And so, the fun began with people across the business walking, running, cycling, swimming, rowing and even paddleboarding in the name of CRUK. One of Aspect’s core values is the love of a challenge, and this was immediately on show as staff competed against one another whilst also setting their own individual targets. The Top 10s for each activity became hotly anticipated stats each month as the kilometres were clocked up in relentless fashion.

Finally, as we reached the end of the challenge in early September, Team Aspect reached the goal and ended up hitting 41,600km - 103.8% of the initial target. Yet again Aspect’s employees shattered a total that seemed too ambitious. The Charity Committee are finding setting these goals increasingly difficult – perhaps in 2022 we will try and beat Elon Musk to Mars!

Alongside the Round the World Challenge, staff raised money by taking part in raffles, baking excellent cakes and agreeing to participate in a shirt swap challenge amongst other things. This means ardent football fans across the business will don the shirts of opposing teams for a day. Many are describing the idea as a “form of torture”, but it is fantastic to see the appetite to fundraise in any way possible.

After a busy year we are delighted that Aspect’s employees have raised over £20,000 for CRUK, which will be matched by Aspect. Congratulations to everyone involved in the fundraising effort during 2021 and thank you to all those who generously donated. 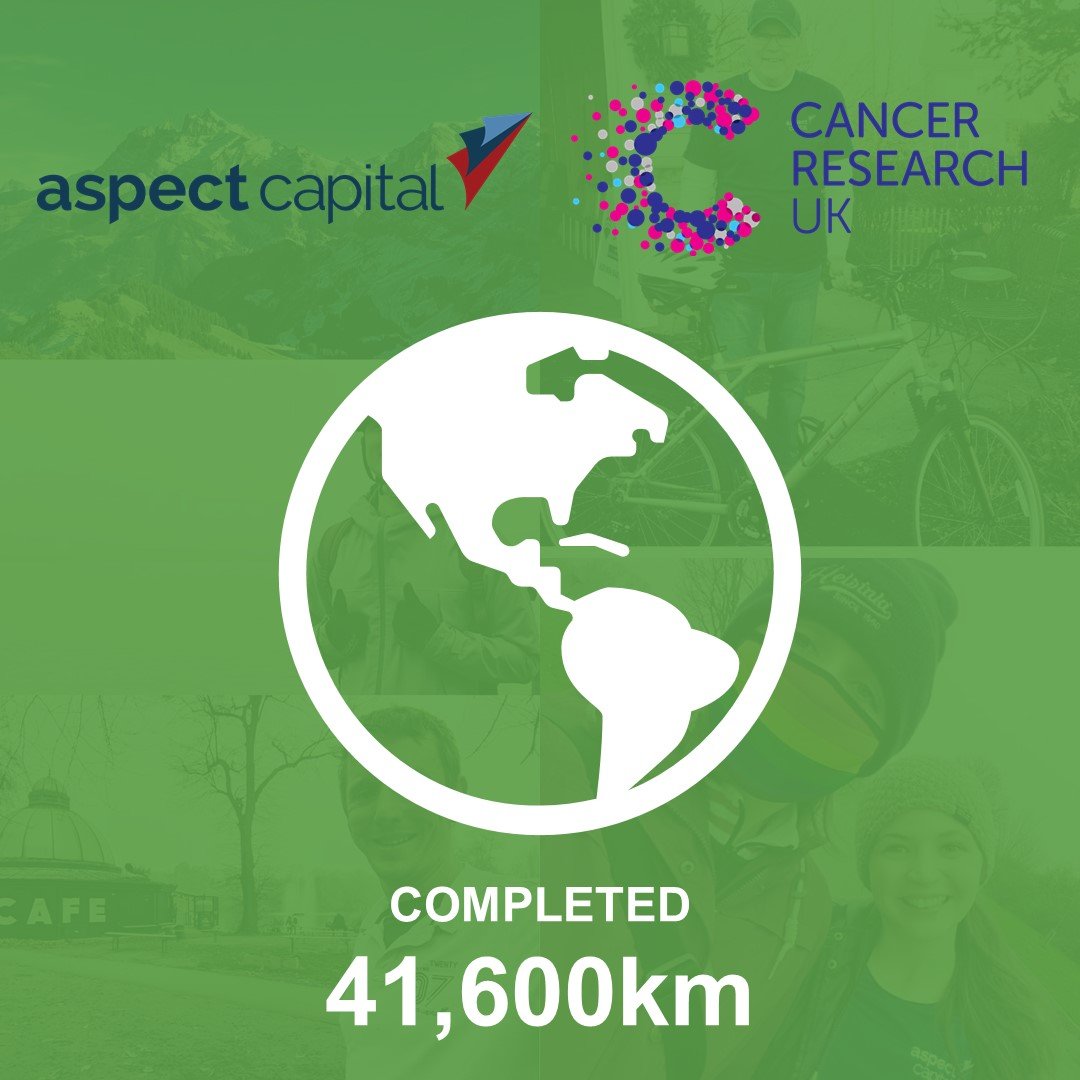