London (HedgeNordic) – Aspect Capital’s Director of Investment Solutions, Razvan Remsing (pictured), sees multiple factors coalescing to strengthen the case for a new long-term regime of higher inflation and commodity prices: “The pandemic was the most synchronized shock to the global system, and the synchronized fiscal and monetary policy responses in many countries have added to demand pressures. This continues to disrupt supply chains , a situation exacerbated by new lockdowns in China in April and May 2022”. Covid also displaces labour through restrictions and isolation as well as the less often discussed problems of “long Covid”. Russia’s invasion of Ukraine, its blockading of Black Sea ports, and the associated sanctions and counter-sanctions, have further exacerbated supply chain bottlenecks, while the war is also physically destroying some commodities and disrupting animal and crop farming in Ukraine, one of the world’s largest producers of commodities such as grains and sunflower seeds.

These recent factors have added fuel to the fire of deglobalization and somewhat ESG-related under-investment in commodity supply. Even before Covid, globalization probably peaked around the time of Trump’s election in 2016. ESG initiatives, such as pension funds voting (and even litigating) for large oil and gas companies to decarbonise, are curtailing production and exploration. The intermittency of renewables – combined with erratic weather conditions – means they cannot fill the fossil fuel gap. Meanwhile nuclear projects have long lead times and remain politically fragile with some countries maintaining moratoriums or even cancelling projects. De-carbonisation and electrification are clearly multi-decade megatrends with various companies and countries setting net zero targets typically between 2030 and 2070.

“These longer-term forces were clear even before the pandemic, when we published a paper that anticipated stagflation risks for typically equity and bond heavy institutional portfolios. The classic 60-40 equities-bonds-mix worked very well for a long time with historically low equity volatility and drawdowns feeding a buy the dip mentality and a four-decade long bond bull market amid subdued inflation. Now the role of bonds is coming into question for investors. Their negative correlation to equities has inverted in the first four months of 2022 when both asset classes swooned in the biggest double dump negative performance since 1980. And their level of yield for most developed market government debt still remains negative in real terms even after the spike in yields,” says Remsing. In big picture terms, the fixed income and long commodities theme has been driving Aspect’s strong returns in 2022, while equity positioning and profit attribution has been much more muted across geographies.

The inflation and rates stories could have legs. “With inflation at 40-year highs, and supply chain issues enduring, affected by factors such as China’s zero-covid policy and war in Ukraine, it is possible that rates are nowhere near normalised,” says Remsing. A 1970s scenario of multi-year elevated inflation could lie ahead, but stagflation comes in different flavours and it could be dangerous and simplistic to extrapolate too rigidly from any single episode. “A simple long only commodities strategy worked well in the 1970s, but not during other phases. Gold has not thus far provided much diversification and indeed did not always do so historically. It remains to be seen whether stagflation means low growth and inflation or actually negative growth i.e. recession and inflation,” points out Remsing.

“With inflation at 40-year highs, and supply chain issues enduring, affected by factors such as China’s zero-covid policy and war in Ukraine, it is possible that rates are nowhere near normalised.” 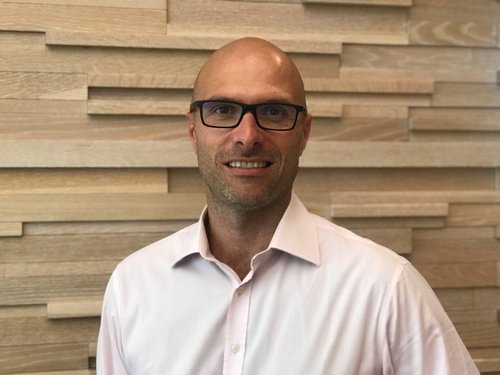 Diversity and divergence within commodity markets

Commodities are not always a pure play on inflation and other risk factors might sometimes be more important. Arguably, gold and silver have lagged other commodities (and are even showing negative returns over some holding periods) because they are partly perceived as currencies and they tend to move inversely with real interest rates, which in US dollars are now hovering around the zero level after years in negative territory.

And clearly if the great ambitions of decarbonisation are fulfilled, then at some stage demand for fossil fuels should decline and some of them could even be rendered obsolete, as future technologies supersede them.

Though a more simple long only commodity index strategy would have been a useful portfolio addition in 2022 so far, the unfolding commodity cycle may not be completely homogeneous across all commodities or regions. For instance, the world’s second largest economy, China, is a huge commodity importer and exporter, but its commodity markets are in some cases decoupling from global trends. “Outside China, we are long of metals, energy and agriculturals, but inside China, shorts in April 2022 included PVC, plastics, polypropylene,” says Remsing. Positioning in bonds is vice versa: “the models are short developed market government paper but long Chinese bonds as China is relaxing its monetary policy and some Chinese government paper now trades at tighter yields than US Treasuries,” he points out.

Aspect’s global strategies trade some internationalized Chinese commodities, and its alternative markets program allocates to the full China program including financials and some unique domestic contracts (discussed in a previous HedgeNordic interview here.

There can also be more idiosyncratic reasons for divergences between commodities. The Volkswagen “dieselgate” scandal shifted consumers towards petrol cars (which use palladium for catalytic converters), and contributed to a huge disconnect between palladium prices reaching all time highs and platinum prices languishing at multi-year lows.

“Overall, the Sharpe ratio of the simulation under falling rates was very close to what it was under rising rates.”

Aspect argues that a systematic approach which is diversified across multiple asset classes using trend and other models is likely to be most versatile across a range of scenarios. One scenario could see interest rates more than quadruple. Simulations of returns from trend following in the 1960s and 1970s for example suggest that trend could provide useful portfolio resilience. The methodology creates a synthetic bond futures price because none existed then, and finds that CTAs would have profited as US rates rose from 4% to 16%. “Overall, the Sharpe ratio of the simulation under falling rates was very close to what it was under rising rates,” points out Remsing. Returns came from a variety of asset classes, because an inflationary climate of rising rates also has repercussions for various equities and currency markets which will develop different patterns of behaviour.

Trend following is seeing a strong resurgence since inflation began to entrench itself in 2021 but other systematic strategies including cross-sectional relative value global macro could profit from divergence between central bank policies, and also use non-traditional data inputs including sentiment, forward inflation forecasting and nowcasting, and on a relative basis. “Strategies trading yield curve slopes and dynamics have also been extracting returns. Meanwhile shorter-term trading strategies utilising alternative data sets to forecast currencies have also been rewarded,” says Remsing.

The phrase “new economic paradigm” could soon become a cliché, just as “unprecedented” was very often used around Covid, but both labels appear to be based on true observation rather than journalistic hyperbole. In this environment, investors need to be focused on inflation protection, and cannot expect to replay the easy profits routine of the post GFC decade.

This article was published in May 2022 on HedgeNordic' website